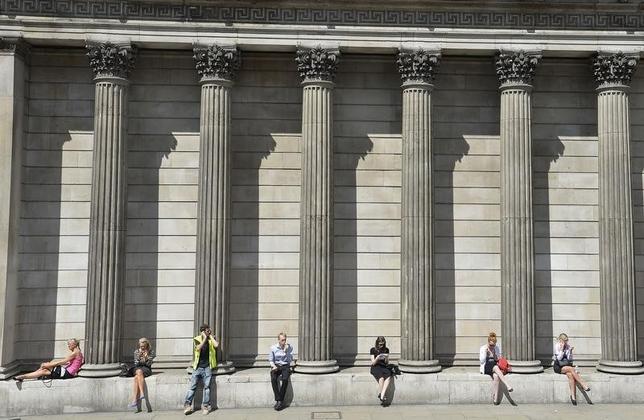 Workers relax during the lunch hour outside the Bank of England in the City of London August 6, 2013. Reuters/Toby Melville

Britain’s biggest insurers will be exempt from having their most important indicator of financial health externally audited under proposals issued by the Bank of England on Friday.

New European Union rules will require British-based insurance firms from January to meet a minimum solvency capital requirement, or SCR, to show they have enough funds to meet policyholder commitments.

However, the Bank of England’s Prudential Regulation Authority (PRA), in a consultation paper released on Friday, said big firms that use their own models for calculating the SCR would be exempt.

That means firms like Prudential, Aviva and the Lloyd’s of London insurance market, would not need to have their actual SCR audited, only information used to calculate it.